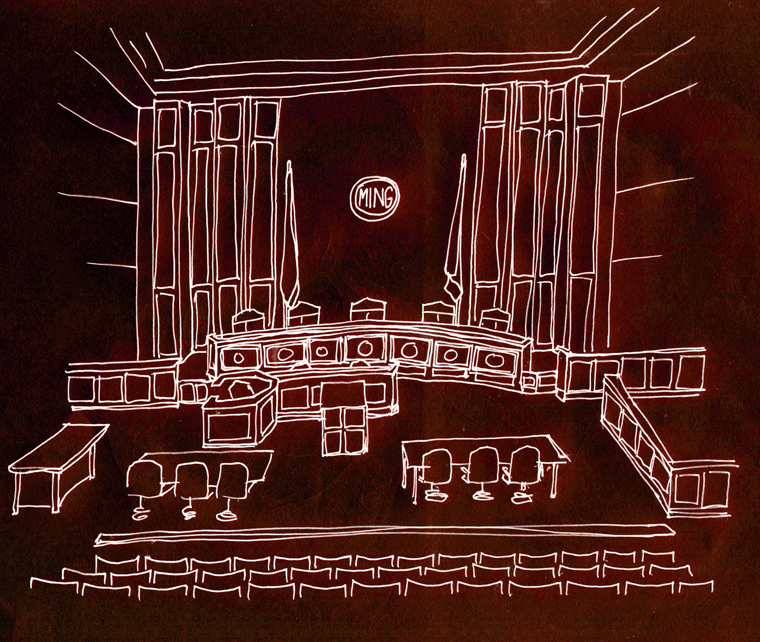 The redeeming thing here, is that neither Von Sydow or Queen attempt to orientalise the villain of the piece. The visuals, ripped directly from the cartoon, are based on racist tropes and vile stereotypes, but the actual performance lacks them.

Apart from of course, the fact that we’re still quietly associating evil and villainy with the othered and stereotyped image.

The music here has almost nothing for me to hold on to, just an ominous low bass motif, slowly wandering around, it’s clearly just Freddie being doomy and told to repeat himself. The bulk of the duration is taken up with dialogue from the film. A failed attempt to kill Ming, (actually quite efficient, in plot terms, setting up a tyrannical empire, a network of resistance, and a penchant for random cruelty in just a few moments), and then the heroes introducing themselves.

Something about that does make me smile. Half way across the universe, desperately looking for something to help identify and impress, and you have nothing to go to but your sporting credentials. Of course, they’re actually standing in for the American way (running and smugness?). At least Dale has the wherewithal to describe her actual job.

Anyway. I’m prevaricating. I don’t want to engage in any apologism here. The camp villainy and occasionally attempted comedic detachment aren’t enough to erase the problems we find here.

There’s always a weirdness in portraying aliens as just slightly different humans, as if we have some kind of archetypal universality. It’s a nonsense, largely borne of laziness. Here in particular, it’s borne of a clear othering. Are we supposed to take our emporer as evil because of his summary judgements and casual mayhem? Or because he’s presented as embodying an outdated image of decadent oriental luxuriousness? We’ll see in the next track another side to this trope, but I don’t know if I have the guts to go that deep.

But there’s a clear division. The black alien is the one that dies almost immediately, dying in protest, but never given a chance to develop a character (not that character development is a really big part of this film for anyone, but still). Later on we’ll meet the English guys, inevitably good guys (once united with the blond avatar of American Heroism, at least).

The one with that beard and outfit and palace though? Wrong un.

Like I say, I’m glad it isn’t performed as such, and that the tropes don’t extend to the music, but it’s a small comfort when I’m aware that the costume alone is enough to call back a whole load of imperialist, othering bullshit.

It’s hard to revel in the scenery chewing thespiness of it all. But that’s probably what I’m going to try and do, if only because I’ve got myself into a position where I have to write 9000 words about thirty minutes of music, and it’s going to be a lot easier if I can talk about the film some.

To be honest though, what I’m most aware of is how little idea I had at the time. One of the biggest problems with these tropes, even as weird campy nostalgia, is that we are inundated with them when we are tiny and young and have no fucking idea what is going on.

I remember as a child being blind to race, and only realising later that the blindness had just been a kind of weaponisable ignorance. In primary school, I accidentally joined in with racist bullying, unaware that this was something beyond forgettable name calling. It took me years to realise what was going on. I still regret it, and hate my childhood self for it (and my grown up self too).

I don’t entirely know what I actually thought of Flash Gordon at the time. It was exciting and exhilarating and stupid and wonderful. Glorious technicolour, simultaneously ancient and futuristic. Beckoning me to space.

I have no idea what I made of Ming the Merciless at the time. But I hope I didn’t let the cliché and stereotype pour out into the real world.

But sadly, that’s part of how it works.

Be mindful. And if someone tells you something’s racist, it’s probably time to shut the hell up and take a long look at yourself. Because it’s too easy.

And apologies in advance. I’m probably still being ignorant. 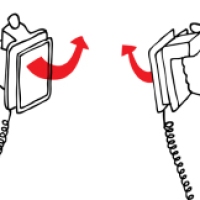 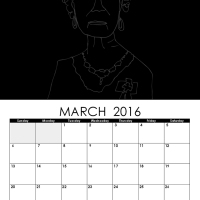 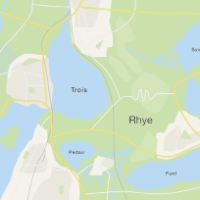 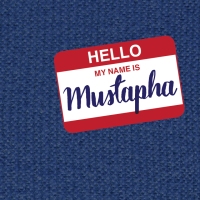 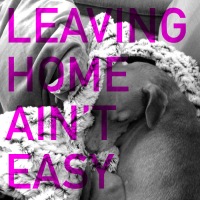 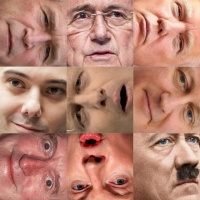 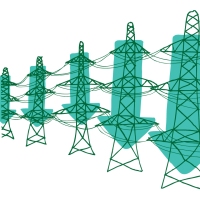 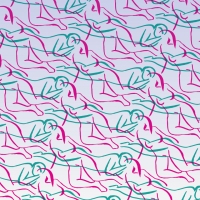 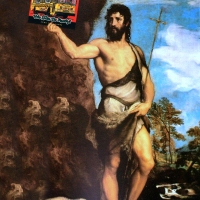 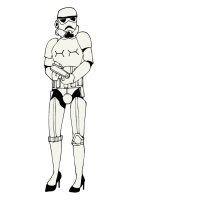